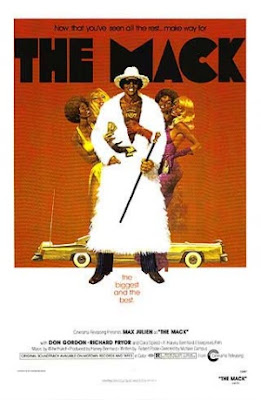 The Mack is easily one of the best Blaxploitation flicks of all time because not only does it work as a great exploitation flick but its an excellent film all together. It stars Max Jullian as Goldie. Goldie is released from prison and decides to get right back into the world of crime. This time Goldie is going to get into the pimping business and he is gonna have the best looking bitches and hes gonna be the meanest most cold blooded mack on the block. Goldie moves up quick (to quick) in the pimp world and its not long before everyone is coming down on him. The police, the pimps, the crime lords and the black revolutionary's are all on his ass.
Goldies mother is eventually killed and The Mack goes to war with those he feels are responsible. Richard Pryor plays Slim, Goldies main man. Together Goldie and Slim take out any pimp, pusher or cop who get in their way of vengeance. In one of the most memorable scenes Goldie and Slim make a pimp "stick" himself with his own knife. "Go on nigga, stick yourself." They force the pimp to stab himself over and over again and then they tie him to a chair and stuff dynamite in his mouth and blow him to bits. In other scene they stuff a pimp in the trunk of their pimp-mobile and drive him around town. The only thing is the trunk is filled with rats. 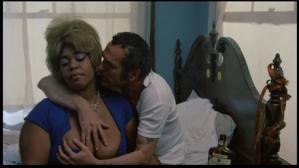 Don Gordon who is one of my favorite actors from films like Out Of The Blue, Slaughter and The Last Movie plays the corrupt cop in this one and he has some very memorable moments. The best probably being a scene where he fondles a big fat black woman and compliments her and degrades her at the same time. He compares her to an elephant. Talks about how he loves her big arms and her big thighs. "Its something a man can hold onto." There's a animal in the jungle, its very tall and has skinny legs and a skinny neck. Its called a giraffe. You cant trust a giraffe because it can sneak up on you." Don Gordon says that you can only trust a fat woman because an elephant cant sneak up on you. Its one of those scenes that has to be seen to be believed. The scene also shows up in True Romance and its understandable because its replay value is pretty high. The Mack has its share of offensive moments like the one I just mentioned but it also has its emotional scenes. Especially the ones involving Goldie and his mother. Max Jullian's performance is so believable in these emotional scenes that is hard to believe he didn't become a big star after this movie. Unfortunately he has very few credits to his name and non of which can match the excitement of The Mack. Jullian also does some pretty emotional scenes with Blaxploitation veteran Carol Speed who some might remember as the possessed church-girl in Abby. Carol Speed also has her spot in other exploitation greats like Disco Godfather, Bummer and The Big Bird Cage but this time she plays Goldies childhood friend Lulu. In the earlier part of the film Goldie and Lulu share many of the same dreams but its not long before Goldie becomes a money hungry scumbag.
The Mack has its share of action, emotion and racial tension and to me its one of the most serious Blaxploitation films ever made. There is also a bit of humor and comedy thrown in, with pimp picnics and the "players ball" which is basically a big pimp convention but apparently these are all things that really happened, Many of the pimps in the film were real life criminals at the time and it shows its authenticity and realism in the movie. These guys look, act and talk like pimps. Some of the actors were actually killed in real life before the film was even finished.
So don't be a "vicious ass piece of jelly" and check out The Mack, you poobutt motha fucka! 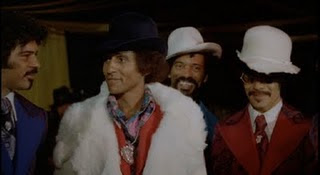