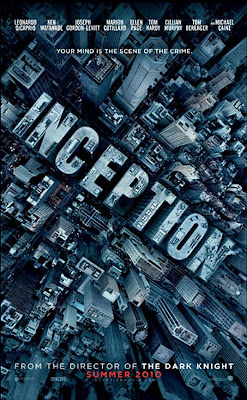 Once again I give into the pressure of others and attempt to watch a big budget Hollywood blockbuster only to be let down and annoyed. All I have heard about this movie since it hit the theaters was how smart it was and the general public didn't understand what was going on. Well all I have to say to that is that the public is pretty dumb because there was not any secret hidden message of genius in this one. I can see how someone might be confused for a short moment because the movie weaves in and out of dreams and reality. At times there is dreams within a dream and the viewer can lose his bearings.
The movie stars Leonardo Dicaprio as a man with the ability to enter other peoples dreams and either plant or erase parts of the individuals subconscious. Okay Ill give it to the writers, its a good idea but the idea is to deep for the movie. Inception had some very visually stimulating scenes with huge amounts of detail but the movie gets tired and annoying with the constant surreal theft of reality. Inception might be slightly more watchable then the average box office hit but that's still not saying much.
Another thing that bothered me was the runtime. Inception clocks in at 148 minutes and that's just way to long for a movie that is holding onto one good idea. This thing has a replay value of zero and the ending was so drawn out it made me sick. Only worth a watch for those who love flashy cgi special effects. 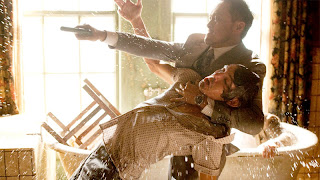