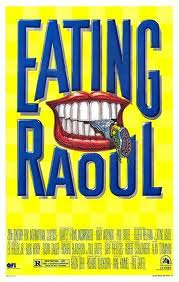 Heres another great one with cult couple Paul Bartel & Mary Woronov. This time they are a happily married couple. Or at least sort of happy. Or maybe not at all. They are both stuck in a small apartment working dead end jobs. They are behind on their bills and they don't quite fit in with the rest of society. Paul and Mary feel they are surrounded with filthy perverts and criminals. All they want is to be able to open up a resturaunt in the country and escape from the city and the human garbage that dwells within. Everything changes for the prude couple when they accidently kill a swinger (with the old frying pan to the head trick) who tried to rape Mary. While going through the dead perverts pockets they realize that he is loaded with cash. They soon come up with an idea to put an add in the personals as sexual fantasy makers, or prostitutes if you will. The couple has no intentions of actually performing any sexual acts with their clients. Instead they decide to make a profession out of killing and robbing them. After all this will help them get the restaurant that they want and in their eyes they will be doing society a favour at the same time. 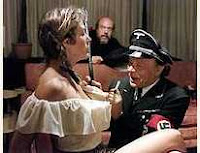 Eating Raoul touches on all sorts of sexual perversion from S&M to role play, from swingers to bestiality. We get midgets, bondage, a silly hippy-dellic sex scenes, a swingers party massacre, bare breasted women including Mary Woronov which never seems to get old. We get Nazi fetish and lots of frying-pan-fu.
My personal favorite scene involves Paul Bartel picking up supplies at the local sex shop and being belittled by the sleazy clerk behind the counter. Don Steele also shows up in here who is known for all his roles in Roger Corman flicks and this time he's naked.
Eating Raoul is campy fun all the way through and it doesn't take itself serious. It also has a very sarcastic tone to it and doesn't show moralists in  a much better light then the sexual deviates. There really aren't any good guys in this one and those are always my favorite kind of movies. If someone was to tell me they were looking for a comedy that dared to be different and had a raunchy side to it, this would be at the top of my recommendations. So climb into your latex suit, lube yourself up and have a swinging time with Eating Raoul. Its as fun as a frying pan to the head! 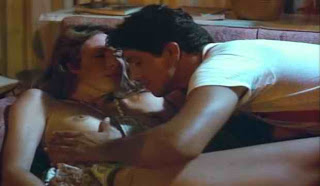