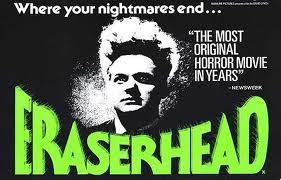 People have been gathering amongst themselves since 1976 discussing this god of a cult film. What does it all mean? Is usually the topic, since the film doesn't really have a any sort of straight forward message that the audience can follow easily. Instead its a bunch of strong images strung together and it makes for an amazing piece of visual art. Eraserhead is filled with metaphoric imagery and I am not about to put my personal incite on the films meaning. However I will praise Eraserhead for what it is... A cult film that deserves its audience for its weirdness and its ability to keep people talking.
Eraserhead is truly one of the great independent cult flicks of all time and it is so out there that it almost seems to have no time or place. The setting is irrelevant and the only thing that matters is the strange images that flash before the viewers eyes.

The movie follows a man named Henry who just found out that he is a father. His baby is a weird mutant that looks like something you would find in a butcher shop. The baby eventually splits open and spews blood all over itself as a sort of foam bubbles out from its insides. Another very memorable moment is a diner scene with Henry and his girlfriends family. Henry sits there in a awkward nervousness as he family goes about their normal routine. Its impossible to tell who is weirder. Is it Henry or his girlfriends family. His girlfriend goes into random hyperventilating fits followed by crying while her mother brushes her hair and her grandmother appears to be a corpse as she just sits in the kitchen frozen. Mom puts cigarettes in grandma's mouth and uses grandma's limber hands to toss the diner salad. Dad runs around ranting about plumbing and his knees. I can't help but relate to the weirdness of this scene. I feel like I have had to sit in on some very strange diner parties with ex girlfriends families. Once everyone sits down for diner dad asks Henry if he will cut the chickens up but these aren't normal chickens. They are about the size of a human fist. When Henry tries to cut into the first chicken the legs start to move on the dead animal and blood shoots from its ass onto the plate. We also get some strange song and dance from a girl with what I like to describe as cauliflower cheeks. Theres also a strange decapitation scene with lots of blood and weird little creatures being splattered against the walls. The creatures look like a cross between the monsters in Fiend Without A Face and fetuses.
Eraserhead is perfect for anyone who likes strange art flicks and doesn't necessarily need a story that is spelled out for them. Take a journey into David Lynch world and check out Eraserhead. 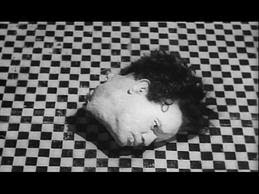