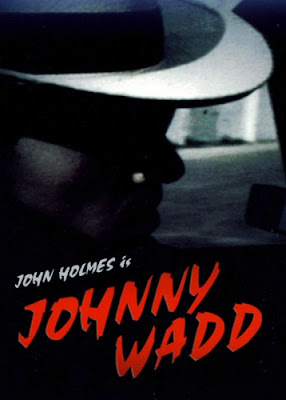 This VCX release of Johnny Wadd is a gift from the porn-gods. This of course being the very first film in the John C. Holmes as Johnny Wadd series and at one time was the rarest and hardest of all Wadd films to find. Thank you VCX and Bob Chin for this amazing print. It's amazing how well Johnny Wadd was actually preserved. The dvd comes with trailers, a Bob Chin interview and a directors commentary as well.

I have read complaints about this film from others on the Internet. These people are a drag. Sure the plot is paper thin. Of course there is not much production value but take it as the novelty that it is. Its the first fucking Johnny Wadd movie! Besides, since this thing was shot before pornography wasn't even legal in this country it had to be rushed. Filmed in one day and cut together in about three it is a pretty good movie for what it is.

Johnny Wadd starts a new case in search of a rich missing girl. The sister of the m.i.a. girl pays Mr. Wadd one thousand dollars to find her sister but Johnny demands a bit more as incentive. The girl blows him and lets him dip his rocket into her beaver. I have never seen John Holmes as erect as he is in this scene. Mr. 15 & 1/2 is bigger then ever and ready to fill some holes. Next Johnny meets some hippie babe who calls her pussy a "bird"? This girl pays Wadd two thousand dollars to drop the case. She also lets Johnny get some "bird". Johnny ignores the hippie and meets with a "junkie who needed a fix" for some inside info. The junkie claims that the missing girls mother is the one responsible. Naturally Wadd meets with the girls mother and once she is threatened she pays Wadd five thousand dollars, sucks his dick and lets him stick a bottle in her pussy. This is the most disturbing scene in the whole movie because the woman in the sex scene is a senior citizen and pretty fucking hideous. I'm sure she is dead by now but if not I would like to kick her in the cunt for making me sit through that scene. All I could think to myself was poor John Holmes. He looks so upset. Needless to say his giant penis didn't show the same enthusiasm from the first scene. Guess he lucked out with that coke bottle.
Next we get a rape scene from our villain and of course Johnny Wadd saves the day. He also gets some pussy from the kidnapped babe.

Every sex scene with the exception of one takes place on the same couch. It is obvious that they were moving very fast when filming this thing. Johnny Wadd does four girls. Sort of... and we get some cool music behind it. Apparently this was another that at one time had the music from The Good The Bad And The Ugly but VCX actually took it out for once and the score that is in place now is actually really nice. A must have for all John Holmes collectors. 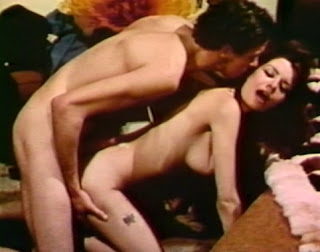