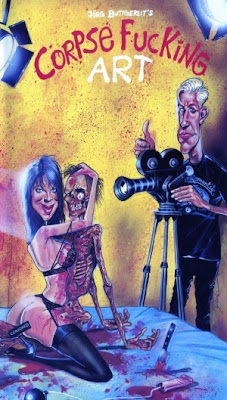 What we have here is a documentary on the king of Corpse Fucking movies, Jeorge Buttgereit. It was put together at the time when Schraam was being filmed and is mainly a composit of behind the scenes footage from Nekromantik part 1 & 2 and Der Todesking.

The films of Jorg Buttgereit are not for the squeamish. They graphically depict sex and death in one of life's most grotesque fetishes. That of course being necrophilia. Corpse Fucking Art is no exception to the rule. It is vile and disgusting but at the same time very interesting.

I remember the first time I saw Nekromantik how incredibly disturbed I was by the movie. Naturally I loved it. The combination of the beautiful score and the nauseating images of sex with dead bodies reminded me of the first time I saw Cannibal Holocaust as a young teenager.

The documentary explains and shows in detail how many of the special effects were achieved for Nekromantik, its sequel and Der Todesking. The craftsmanship, patients and hard work that went into those effects are unbelievable and considering they were done d.i.y., independently and with very little money it is incredible what these young film makers were capable of.

Fans of Buttgereit will not be disappointed. Hopefully disturbed but not disappointed by this crazy documentary from Germany's favorite necrophile. 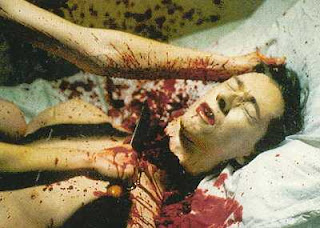