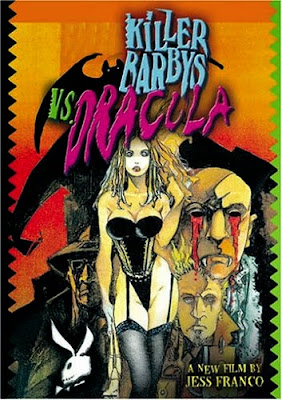 This very late Jess Franco follow up to his 1996 punk rock horror flick Killer Barbys is amongst the worst in the infamous directors filmography. While Killer Barbys was by no means a masterpiece, it was entertaining enough to hold the viewers attention. I can't really say the same for the sequel.

This one yet again showcases the Spanish pop punk band The Killer Barbies and this time around they accidentally awake Count Dracula. Dracula is a bald-headed creep who runs around biting women. He seems to have a infatuation with the hot blond singer for The Killer Barbies Silvia Superstar and I don't quite blame him. She is a total babe. Anyway, like the first film it all seems like a giant promotion for the band. We get a whole bunch of songs from the band and after a while it all just seems like one big music video.

Franco's wife Lina Romay (Female Vampire) also shows up as a sort of fascist Nazi type who is traveling around with the coffin of Count Dracula. She is very old in this movie but as always its great to see her. However I guess we are lucky that she is not getting naked in her old age. Franco sparred us on that level but perhaps the weirdest and most out of place element to this movie is that there is no nudity. No nudity in a Jesus Franco film is like no guns in a Sam Peckinpah movie. Its absurd and unheard of. Why Franco couldn't convince Silvia Superstar to do a spread eagle close up zoom shot is beyond me. Perhaps his sexual perversion is dying in his old age. Nah that's impossible. The fact that there is no bare breasted women and close ups on vaginas is all pretty offensive considering there isn't really a plot to be found in this awful waste of time. Aside from the worlds weakest story the score is horrendous. When ever we see Dracula we have this annoying water going down the drain noise. It is quite irritating. There is no gore, no sex and even The Killer Barbies songs aren't as cool as the first film. Skip this shit all together. Not even recommended for Franco fanatics. Just stay away! 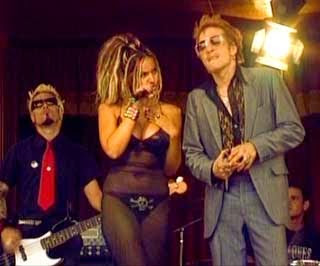