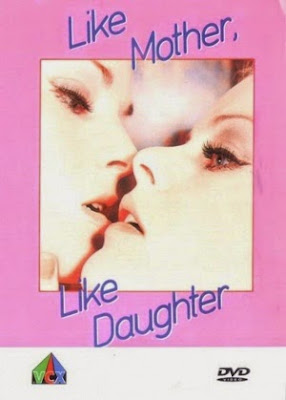 In this one mommy shares her new hubby with her teenage daughter. A typical night consists of step-daddy banging out his wife while the daughter sits on her mothers face. Sounds pretty good, I know but the family fun is about to be disturbed when the real father comes back into the picture. Having worked in Japan for the past 15 years, his daughter can't even remember him. With the drop of the hat he decides to take his wife to court and gain custody of his daughter. Now this sounds like a pretty good idea considering mommy has been bopping her teenage daughter but the funny thing is that daddy is unaware of all the incest action that has been filling the happy families nights. He just wants his daughter because hes a prick. So what can be done about all this. Just do what comes natural. Yep you guessed it, daddy's little girl seduces her unknowing father and blows his whistle. It all comes to an abrupt end when she bites her fathers banana. This is by far the best scene in the movie. In fact its probably the only moment worth watching. Once daddy finds out that his own daughter was the one performing oral sex on him, he runs away in shame and the filthy fucking family lives happily ever after. Did I ever tell you how much I hate happy endings?