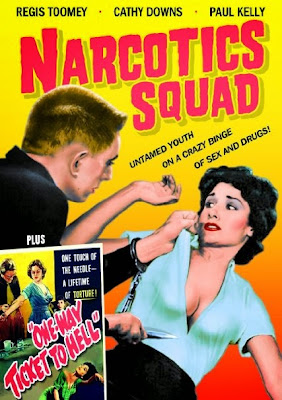 I picked this thing up thinking it was going to be a juvenile delinquent film with greaser gangs fighting on the city streets. Man was I wrong. Curfew Breakers may have marketed itself as a JD flick on Johnny Legend's Untamed Video but it turns out to be more of a drugsploitation movie when it was all said and done. This makes a lot of sense considering the original title was Hooked and then Narcotics Squad. Being a fan of the silly druggy genre I wasn't all to disappointed. 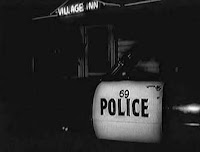 Curfew Breakers starts like an episode of dragnet with old geezer police trying to break into a teenage drug ring. Things get more serious when a high school kid kicks the bucket from "a hot shot". For those unfamiliar a hot shot is when a dealer purposely sells a junkie poison bag of goods. We see lots of this in blaxploitation flicks like Hammer and Coffy. Anyway the cops are after the killer drug dealers and come across typical greasy haired street kids with hep 50's jargon and a bad attitude. The lead female Julie is a bit of a babe with torpedo-tits and a tight sweaters but she seems to be running with the bad crowd. The portrayal of heroin addiction is surprisingly accurate for a movie in the 50's, similar to Frank Sinatra's The Man With The Golden Arm. As the police close in on the dealers the teenage junkies have a hard time getting a fix and they resort to crime. In one of the films highlights two delinquent street kids shoot and kill a gas station attendant only to end up burning alive in a explosive car crash. This one also comes complete with two ridiculous songs one of which involves a scat-singing weirdo who looks like hes about 45. We also get a pretty cool artsy-fartsy withdrawal sequence and plenty of cheesy 50's dialogue.

If you're not a square and you dig cheesy drugsploitation flicks of the yesteryear you could do worse. 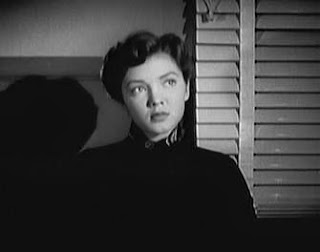