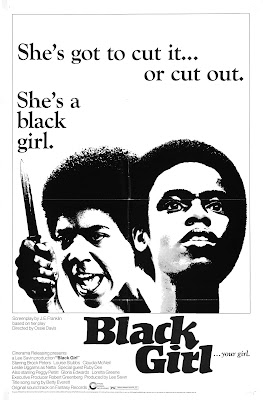 Why do people like this movie? For some strange reason it is really hard to find anything negative said about this one on the Internet and that just really baffles me. From the looks of the movie poster one can't help but think that Black Girl is going to be a bad-ass 70's Blaxploitation flick. Well I might as well give fair warning to cult film enthusiasts... This is not the case. Black Girl is basically a soap opera with some foul language and some really bad dancing. 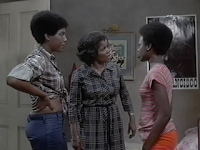 The picture on the left should give you a pretty good idea of Black Girl's contents. What we get is about 97 minutes of manipulative girls arguing.

The whole first half of the movie is as boring as can be with endless chit chat and plenty of dramatics. The later half gets somewhat interesting when the plot shifts gears and the emotion is layed on even thicker. When its all said and done it makes for a pretty depressing movie. Its just to bad that nothing really happens at all.

Billy Jean is a teenager who drops out of school and gets a gob dancing at some shit-hole bar where she makes three dollars a day. Her back stabbing older sisters rat Billy Jean out to their neglectful mother, Momma Rosie. Momma Rosie has a knack for getting knocked up by different men and having daughters. She gives her kids a roof over their heads but that is about it. Lets just say there isn't any love in the air. Momma Rosie also likes taking in stray runaway kids and prefers one in particular over her own children. This of course results in jealousy and hatred for the runaway foster child. Billy Jean and her older sisters come up with a plan to get rid of mommy's little golden child.

This thing was directed by the same guy who did Cotton Comes To Harlem which I have not yet seen but I'm sure it has to be more interesting then this one. If you are into exploitation films do yourself a favor and avoid Black Girl. That is unless you really dig boo-hoo sappy stories about under privileged African American girls. 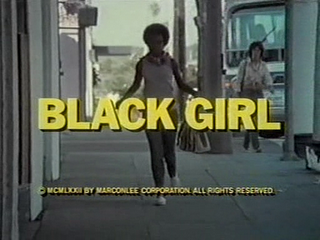