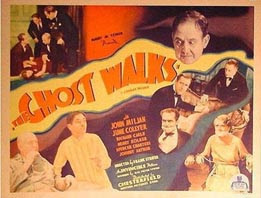 Boring title for a boring movie. This 1930's sleeper is kinda like a really crappy version of The Old Dark House. A group of annoying men are trapped in a rain storm and take refuge in the nearest house. Naturally the house is a giant mansion occupied by more obnoxious characters. 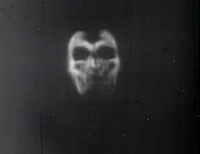 It turns out that the visitors will become a personal project for the mansions occupants. They have written a horror play and without the newcomers knowledge they act out the script. Ghosts pop up and people run about in what comes off like a bad Abbot and Costello impersonation. We end up with a classic example of the-boy-who-cried-wolf when a real murderer pops up and starts killing the house guests. The guests think its all just another prank until the films climax when we see the killers face for the first time. The biggest problem with this public domain oldie is that the audio is so muffled that we can barley hear the dialogue. Throw in some really blurry and washed out black & white images and the whole thing becomes a drag. Perhaps if there were a slightly better print this thing might be more watchable but I highly doubt it. 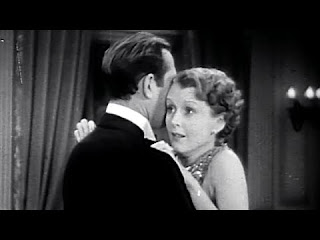