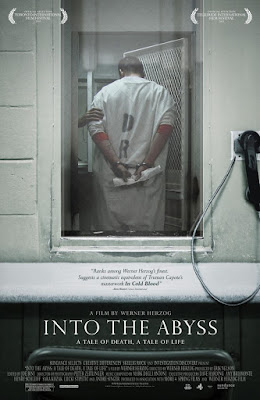 Werner Herzog takes a look at Michael Perry on Death Row in Texas. It also looks at Perry's accomplices and the victims families. In true Herzog fashion this downbeat documentary follows the broken lives of the criminals and the victims with beautiful camera work and gut wrenching interviews.

Michael Perry is set to die in eight days for the triple murder of an innocent family. In his last days Perry copes with the fact that he will most likely be executed. While Herzog and most others in the film make it clear that they are not in favor of capitol punishment, we do hear from the victims family members who feel justice is being served. Into The Abyss shows us how capital punishment affects everyone involved from the victims to the priest and even the executioners.

Aside from the heavy capital punishment theme that runs through most of the movie, we get the whole back story on the crimes committed and even the actual crime scene videos are displayed for us. After Perry and his friends executed a family for nothing more then a car that they wanted to steal, they got into a bloody shootout with Texas police. The apprehension scene was something out of a Bonnie & Clyde movie. Cars and buildings filled with bullet holes, a police officer run over by a car and of course the criminals took many bullets themselves. Its just amazing they survived the shootout.

This one is a good watch for anyone who is into true crime and can stand the dark side of human nature. Its also got that Herzogian artsy flow to it but I warn you, Into The Abyss is a sad movie and it packs an emotional punch. Bring your tissues. 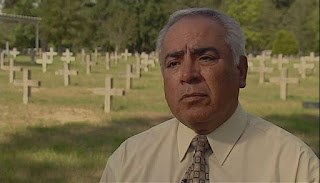 Email ThisBlogThis!Share to TwitterShare to FacebookShare to Pinterest
Labels: Documentary, Into The Abyss, Werner Herzog