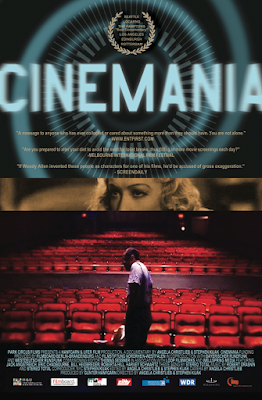 This interesting documentary follows the lives of New York City's cine-maniacs. With a compulsion to see as many films as possible on the big screen every day, it is hard to find time for work, family, friends and even cleaning ones house. 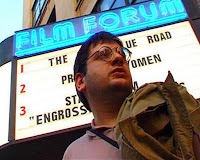 Some of the people in the film see up to six movies a day in the theater. Always on the run to the next film with no time to even use the bathroom its amazing to see how cinema has affected these people into a neurotic state of living. Everyone in the film is unemployed and living off of disability or some form of service, some have been arrested for their neurotic behavior for violence against annoying theater goers and one man in particular even chooses a diet that constipates him. I mean who wants to leave a movie to take a dump anyway? One woman has gone to see a movie every day for over 50 years and saved every stub for every movie she has been too. She was banned from one particular theater for strangling a employee who ripped her stub in half. While most of the people in this film are into movies that I couldn't give a shit about their lives are interesting none the less. This is with the exception of my favorite guy Harvey. Harvey will go and see anything. He digs 50's monster movies and trashy films from the 70's. I would like to go to a movie with him and watch something. He also knows the runtime to every film he has ever seen and thats just nutty.

The thing I found most interesting about these people is that almost all of them are against seeing a movie in any other format then film. They do not watch VHS or DVD. Its strictly film screenings. While I do understand this I find it amazing that they don't feel the need to own copies of their favorite movies and I can't help but wonder what they are doing now considering almost all theaters have transferred over to digital. I feel their pain. 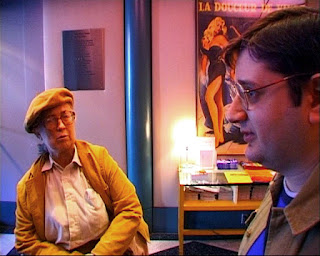