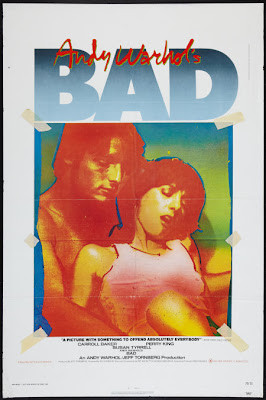 Bad was the last film to come from Andy Warhol and his band of freaks. Bad depicts a world gone mad. A world devoid of care, a world without any morals. Coming straight from New York Cities sewers, this 1977 nihilistic trash film is punk rock. is the dark and gritty humor of the 77 punk thing that makes its way onto the screen and I think it is safe to say that Bad would mainly appeal to this type of audience. The leather-clad glue sniffing punk rock mongoloids. Most others are bound to be offended or just not get it. "I saw a French movie once. I didn't get it but I liked it" 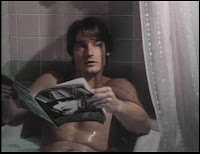 L.T. played by Perry King is a hit man who is referred to Hazel who runs a beauty salon. The salon business is just a front for what is really going on. Hazel runs a house of female killers. The women who live under Hazel's roof all make the rent through assassination, this is of course with the exception of Susan Tyrrell's (Night Warning, Forbidden Zone) character, who sits around all day eating and holding her retarded baby.

Speaking of baby's, in the most infamous scene a mother throws her baby out of a window in a city skyscraper. The baby comes crashing upon the city sidewalks, complete with bright red 70's blood which pours from the baby's shattered achy-breaky skull. In another memorable scene a fat slob of a woman with gas pays two of the female assassins to kill Lawrence Tierney's dog because she thinks he was talking about her legs. 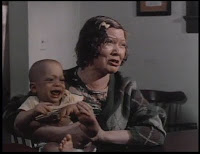 Bad also comes complete with a pyromaniac who burns down a theater which is "playing a bad movie" and kills everyone inside the theater. Of course she finds this all very funny. We also get a pretty nasty scene where a man is hit over the head with a tire iron and his unconscious body is dragged over to a car on a jack stand. The car is lowered onto the mans legs and then the attacker proceeds to cut off the mans fingers. This is some pretty nasty stuff and is sure to make the average viewer squirm in discomfort.

Aside from people who grew up on punk rock, fans of trash cinema, especially the works of John Waters (Pink Flamingo's, Mondo Trasho) will also get a kick out of this. Bad is funny, raunchy and offensive at the same time. It is a sleazy look into a city that no longer knows right from wrong. It is really just one big dark social message that hides nothing from its audience. Sex, violence and moral decay is all her on display. 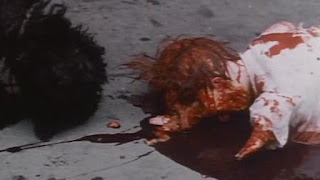