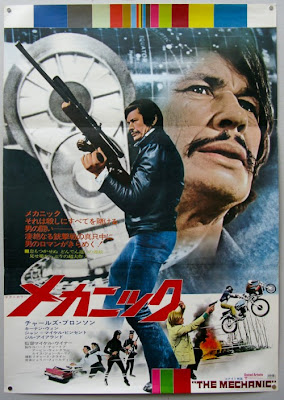 Director Michael Winner who is best remembered for the Death Wish movies is also responsible for this Charles Bronson action flick. While The Mechanic isn't exactly at the top of my favorite Bronson flick list it is still worth a watch at least once for fans of the man with the mustache and all the guns.

Bronson plays a hit man who takes on a young apprentice after he kills the kids father. Bronson's new trainee is into fast cars, women and parties but its not long before he is a full fledged killing machine and who better to learn from then Charles Bronson...

We get a couple of elaborate murder scenes, exploding homes, exploding cars, lots of shotgun-fu and even a scuba diving Charlie Bronson.

For me this movie is just a little bit to {PG} and lacks in the violence department a bit. This really limits the replay value of the movie. However it does come complete with a twist ending. They recently remade this thing and I am not planning out watching that anytime soon. For now I will stick with the 1972 {PG} version. 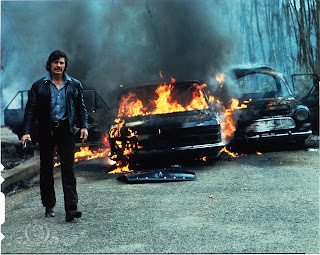 Email ThisBlogThis!Share to TwitterShare to FacebookShare to Pinterest
Labels: Crime Films, Killer Of Killers, Mechanic (The)