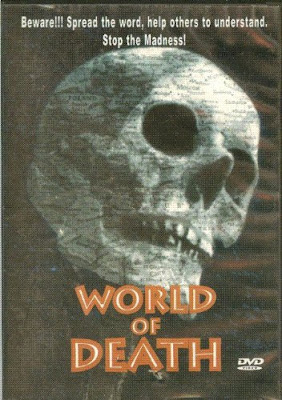 World of death is your basic Mondo Film but not from the good ole days of Mondo movies like Mondo Cane or Africa Adio instead this thing is an obvious offspring of more modern shockumentary type stuff like Faces Of Death etc.

World Of Death is typically depressing but not quite as gruesome as these videos usually are. Its focus is on war and all the lovely things that come along with it. It is broken down into three segments. The first being the Serbians mass genocide against Bosnia. Then we take a trip over to Rowanda and witness mass starvation. Last but not least we end up in Liberia and watch the execution of government officials.

World Of Death may be disguised as a documentary but it is very uninformative to say the least. However it does exploit the atrocities of war which I'm sure would not make the average, healthy person feel very good. It also has all these religious undertones that run throughout the film which is fired at us through narration. Funny how a movie has the sack to show the evils of man and the politics that drive these men to kill but can stand up for something as evil as religion. I think somebody should check the history books next time before they make a movie about murder and then defend Christianity, Muslims and Jews. A dumb movie made by dumb people. Only worth looking at if you want to be really depressed. Unless of course you're one of those sick corpse-fuckers! 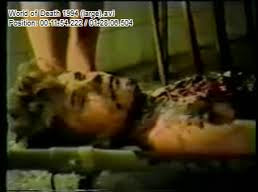