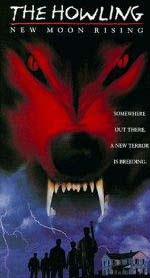 Suicide might be a better alternative. I first saw this piece of shit on Joe Bob Briggs Mosntervision when I was a teenager. It played right after The Howling III : The Marsupials which is far superior in camp value alone. The Howling franchise was never a very good one with the exception of the first film but The Howling 7 is by far the worst of the lot. It can barely be considered a movie. Shot on video with a cast that consists of no actors with the exception of one man who did a silent film when he was about 8 and then came back to do this movie when he was 80. I'm sure you can guess but the acting is horrendous. The whole movie takes place in a bar in bumble-fuck California and I'm pretty sure everyone in the movie are just regulars at this shit-hole bar. We get a bunch of useless chit-chat that tries to tie this flick into the rest of the series and nothing happens at all. We don't even get a werewolf until the last five seconds of the movie. Oh boy is it bad!

We have endless scenes of line dancing which Joe Bob refers to as "Line dancing from hell" then we get a bunch of shitty musical numbers and gratuitous drinking. The Howling 7 has to have one of the worst soundtracks of all time and watching these shit-necks play their awful songs is torture. However we do get a cool sing-along about drugs and a scene that has to be seen to be believed where these losers play the zippers on their pants as instruments. I'm not making this up!

Watching any movie with Joe Bob Briggs is worth while so I recommend if you ever dare to watch this thing find a copy of the Monstervision version somewhere on the Internet. Otherwise stay as far away as possible.

Some of the other treats that this one has in store for you is gratuitous farting and the worlds laziest detective. When other character are trying to explain what is going on the detective usually says things like "Is this going to take long?" or "I would really like to hear this but I have had enough". Who the fuck wrote this shit?

You're gonna need a lot of booze to make it through this one!