Guess What Happened To Count Dracula? (1971) 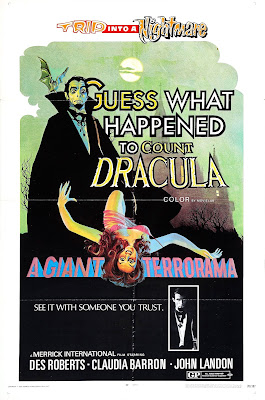 A totally weird and bizarre vampire flick. Its no good but it is worth at least one viewing just for the sake that it is so strange. 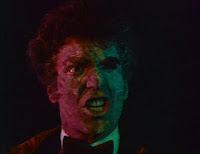 Angelica is visited by a vampire named Count Adrian. The vampire hypnotizes her and sinks his teeth into her neck. Angelica quickly falls for Adrian and its not long before she is invited to spend a night in his castle.

Withing the walls of Count Adrian's castle they practice satanic rituals, dance like voodoo maniacs, eat lizards and read tarot cards. There is a mongoloid vampire locked in a cell, there is also a Gorilla roaming about and Count Adrian has a pet tiger named Alucard. Not to be mistaken for the movie and for those of you that are a bit dim witted Alucard is nothing more then Dracula spelled backwards. Its pretty crazy to see these actors walking around with a giant fucking tiger and especially because the film is on a shoestring budget but this just add to the strange flavor that Guess What Happened To Count Dracula leaves in your mouth.

Despite the fact that this is a vampire movie it all comes off quite comedic but this is mainly due to the fact that the acting is so bad as is the writing. The actor who plays the role of Dracula or Count Adrian for that matter does his best Bela Lugosi impersonation which isn't so good. Okay in fact its quite bad. We learn that Count Adrian is from Romania and has fled to the United States to avoid the communists. "I Will return to my home country only after the communists have left". The sets are lit with red and green lighting which reminds me of a cross between a Dario Argento movie crossed with A Taste Of Blood. Of course leaning more towards A Taste Of Blood... Much more!

The director of Guess What Happened To Count Dracula would go on to do the awesome documentary Manson which would document Charlie and his family and their insane ideology. If only Manson had a pet tiger and some green lighting. 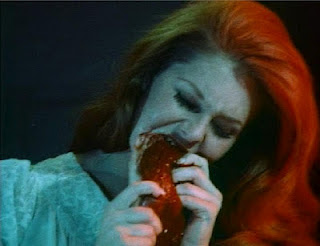 Email ThisBlogThis!Share to TwitterShare to FacebookShare to Pinterest
Labels: Guess What Happened To Count Dracula, Vampires