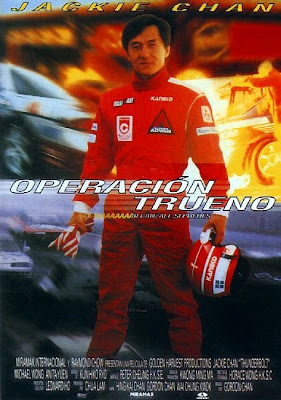 This Jackie Chan flick blends Kung Fu shenanigans with road racing action. Chan plays a auto mechanic who is forced into street racing with criminals after his little sister is abducted by the bad guys. The plot is weak and of course silly and since this isn't really my genre of preference I had a hard time staying focused. There were some expected cool and very dangerous stunts on display and some of the fight scenes were pretty bad-ass. One in particular shows Jackie Chan going ape-shit against his enemies with a sledge hammer but I would have to say the best scene involves chan being trapped in a metal storage room which is lifted by bulldozers. He is thrown about and any normal human being would have been a broken, mangled and or dead. Chan of course pulls through for the big race and kicks everyones ass. We also get a group of hot Asian cheerleaders in white cotton panties. Nice! 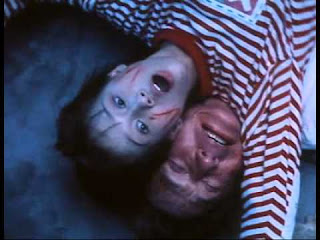