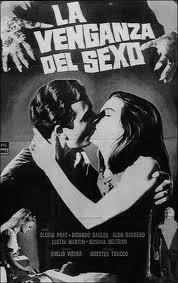 Do you like late 60's Sexploitation monster flicks? If so you might want to check out The Curious Dr. Humpp. Its an all out wacky Sexploitation movie from Argentina with tons of bare breasted women with huge pubic. In one of the opening scens a girl manages to have hair hanging out of her huge 60's panties, it almost looks like its gonna get caught in her garter. Some of the other things you have to look forward to is lesbians, masturbation, drugs, hippies and a mad scientist named Dr. Humpp. The odd thing is Dr. Hummp is probably the only character who doesn't hump anything. Everyone else is super-sexed and gets down and dirty with anyone. This one also has a really silly looking monster who stumbles around in his metallic boots and kidnaps men and women so Dr. Humpp can use them for his sexual experiments. The monster is kind of the leader of a group of monsters who almost appear to be robots. The way we know he is the leader is, well I guess his amount of screen time. The monster is actually quite the romantic, he gives girls flowers and plays them songs on his guitar. Yep that's right, the monster plays an instrument. The monster isn't always so sensitive, from time to time he might have to pimp smack a nude babe across the room and carry her away like Frankenstein.
Dr. Humpp may control his monsters, robots and human experiments but Humpp himself is under the control of a talking brain that he keeps in a lit up, bubbling jar and this brain is one rude bastard. Its always yelling and calling people idiots. The talking brain is the brain of a dead scientist but Dr. Humpp managed to keep it alive in order to complete the sexperiments. "Sex dominates the world and now I dominate sex."
As crazy as this all is The Curious Dr. Humpp can still get a little slow at times and some of the sex scenes go on a bit to long but overall the silliness of all the insane perversion can keep the audience laughing. It was directed by the same guy who did Feast Of Flesh a.k.a. The Deadly Organ but in my opinion Dr. Humpp is way better. Worth a watch just remember to leave your brain at the door... or in a jar for that matter. 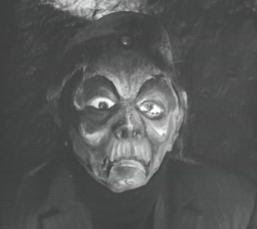