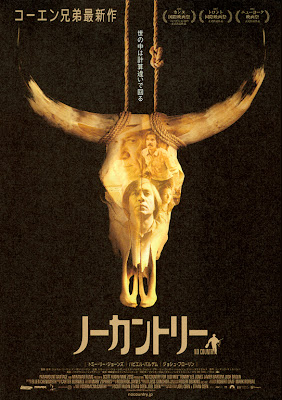 The Coen brothers are amongst the most interesting filmmakers in Hollywood today. While that isn't saying very much because Hollywood film has gone to complete shit over the past 30 years or so. This makes the Coen brothers work stand out even more.

The Coen bros. seem to have followed a formula that has worked for them even from their earlier works with movies like Blood Simple. It is good story telling which is pieced together with a fair amount of action and some what graphic violence. While the story is generally interesting and holds the attention the films seem to have a certain mysterious element to them as if they purposely leave out certain bits of information from the original script. Whether or not this is actually done purposely I am not sure but for me this what what makes the films of the Coen bros. worth a watch. 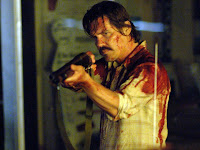 No Country is unique in its own sense. With a minimal score and not even to much dialogue. The silence to the film almost gives off a 70's vibe. For me No Country almost plays as a throw back to a time when cinema had a lot more going for it.

We have interesting characters, a nice screenplay and enough violence and bloodletting to give the movie some replay value.

No Country For Old Men is an exception to the rule that movies from the 2000's are a complete waste of time. I'm looking forward to the Coen brothers next release.

Email ThisBlogThis!Share to TwitterShare to FacebookShare to Pinterest
Labels: Crime Films, No Country For Old Men