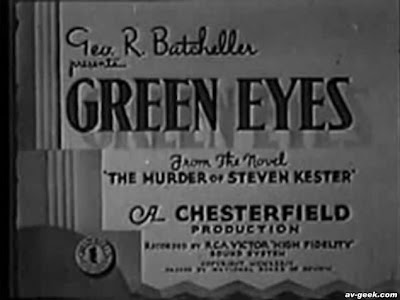 Green Eyes should have been called heavy eyes because that's whet you get when you try to make it through this sleeper... Very heavy eyes. Yawn! 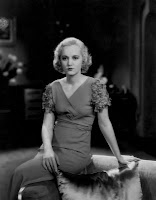 This 30's murder mystery runs just a bit over an hour but it seems like a life time. What you get is about 60 straight minutes of questioning. Not exaggerating at all. The entire movie is pretty much Who? Where? When? What? Why? and How? It can become a bit much after a while.

A man is killed at a costume/dance party with multiple stab wounds to the back from a double sided knife. Money is missing from the dead mans safe and its not long before others in the house start dying, off screen of course (We wouldn't want to interrupt the questioning).

Drinks are drugged or as they say in the movie "Doped" and three people die by the hands of a gun. The movie doesn't give itself away and I guess in that case it works as a mystery but it is still not an easy sit.

Not my kind of movie. This won't be screening again anytime soon at my place. 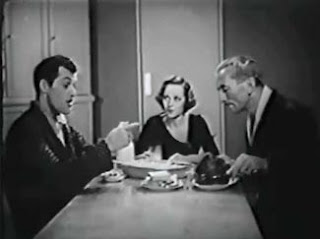