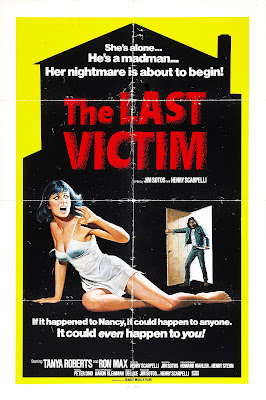 Not to be confused with the 1973 Shaun Costello film with the same title this Rape/Revenge flick stars Tonya Roberts from Tourist Trap as the victim of sex maniac named Carl. Carl is a grease monkey at a shit hole gas station. He has long hair, a thick Brooklyn accent, is usually covered in oil and has some serious mommy issues. He also has some very strange ideas about love. He fantasises about the perfect woman but when he meets them he usually just rapes and murders them. "Whores... I hate whores!"

A friend of mine once said that Forced Entry (1975) plays like a made for television movie with a real nasty subject matter. I could almost agree with them in the sense that Forced Entry isn't overly graphic. It shows a bit of tit and the murder scenes are really pretty quick with the exception of one kinda nasty stabbing.

The thing that makes Forced Entry so great isn't the brutality of the film it is simply the monologue. Its one of those great 70's movies where we spend most of our time inside the killers head. Similar to movies like Taxi Driver and Maniac (1980). Like Travis Bickle and Frank Zito, Carl is very disturbed but at times you can't help but laugh through some of his psychotic monologue. In one of my favorite scenes we hear Carl's thoughts on breakfast. "Every morning I eat my Puffs with some milk and it Puffs a man up in all the right places and gets him ready for his day". Even during the rape scenes we hear Carl's insane philosophy about his victims. "I can't do it right with all that screaming and crying". It seems like Carl can never do it right and despite is daily Puffs intake his penis issues usually always results in murder.

Check out Forced Entry for another rape-revenge sickie from the sleazy 70's. Its a good time with some memorable quotes and the ending doesn't disappoint. 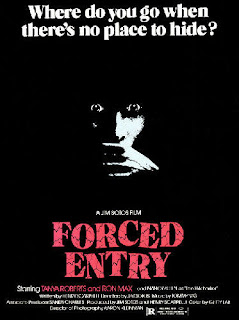