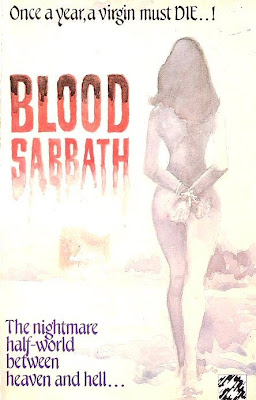 Witchery &  Coven flicks have never really been something I took a huge liking to. Sure you have the greats like Suspiria and the ultra-schlocky like Herschell Gordon Lewis's Something Weird. Then you also have the awesome Inquisition flicks like Mark Of The Devil and Witch Finder General but to me those aren't real Witch-Flicks. They are just awesome torture movies that shit on religion at the same time. Movies like Don't Go Near The Park have never appealed to me and Blood Sabbath falls into that same category.

Sure we have tons of naked women doin Witchy stuff but the movie is just so boring. It follows a young man who returns from the Vietnam war and falls in love with a Witch. Okay right off the bat they never give us any background on the war veteran. Instead we have to figure it out for our selves through really bad flashback scenes. First off our main character is fighting the war in a Crocodile Dundee hat and he clearly isn't wearing an American military uniform but whatever, we eventually get the point. So he falls in love with a Witch but he is betrayed by the coven and they leave the young soldier soulless. He kills off some Witches and he eventually dies with no soul at the hands of some hippies. If that's not a boring plot, I don't know what is... The only thing that helps this one move along at all is the nudity. Oh yeah and we also get a decapitated priest. Still it is quite the task to make it through the bad acting, bad editing, bad wardrobe, bad story, bad music and overly soft color of a washed out print in one sitting. Only worth a watch for fans of bottom of the barrel 70's B-movies. 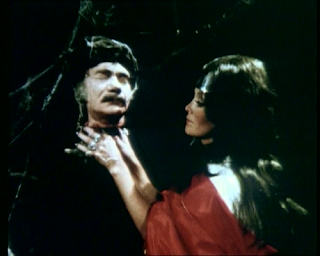