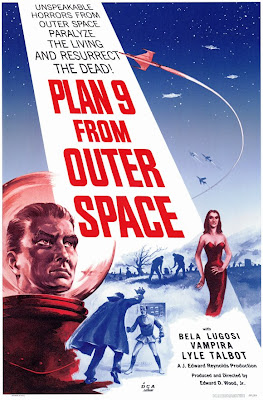 Plan 9 From Outer Space also known as Grave Robers From Outer Space is the most infamous title from (the great) Edward D. Wood Jr. If any film deserves its cult status, this is it. Known to the world as "the worst movie of all time" which is completely ridiculous because there has been way worse before and since but either way Plan 9 really helped put bad B-movies on the map. 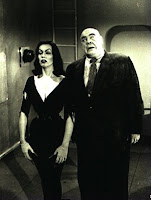 Lovers of bad movies have no choice but to hold this gem close to their hearts. We get cult icon Vampira lurking around a cemetery with giant oaf Tor Johnson as the undead raised from their tombs by aliens from another planet. Watching these two stumble around is pure comedy in its self but the whole movie is a laugh riot from beginning to end.

Plan 9 is also the last film that Bela (Dracula) Lugosi will ever appear in. The great Hungarian actor died in the early stages of the film so Ed Wood being the genius that he is threw in an off screen suicide for the horror legend and filled his shoes with a man who is obviously to tall to be Lugosi and will cover his face with his cape... Well audiences were not fooled but they sure did get a good laugh.
Watch as shitty looking u.f.o.'s fly over Hollywood Boulevard. Watch for the ridiculously cheesy salute that our extraterrestrial friends give, The awful dialogue "Inspector Clay is dead. Murdered by somebody responsible" and the speech given by the aliens at the end of the film is just priceless. They make it quite clear that they came in peace but they will still have to kill the earthlings because of their "Stupid minds. Stupid! Stupid!". Then theres the narrator who "predicts" our future and brings us the whole mess of the story.

Plan 9 is not for everybody but its a must see for fans of mind numbing garbage and anyone who can get a laugh out of inadequate film making. Its best viewed with a group of friends and even better if at least one has not seen it. Get ready for some campy mayhem filled with zombies, flying saucers, bad acting, crumbling skeletons, fainting women, awful stunt doubles, dangerous gun twirling, a fat man struggling to get out of his grave, Vampira boobage, & state of the art special effects. 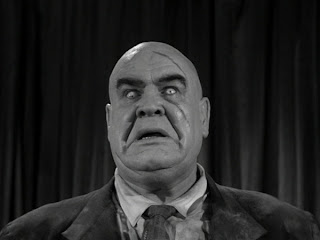