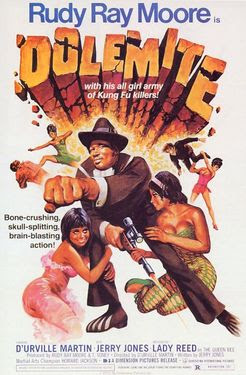 One of the worst or best in Blaxploitation films depending on how you look at it. As the opening credits states "Rudy Ray Moore is Dolemite" and he is completely ridiculous in every sense of the word. His jive rantings go on and on. Some in rhyme and some not, most incoherent. Dolemite is rude, crude and as stereotypical as he can get. "Dolemite is my name and fuckin up motha fucka's is my game" Hes not lying. Rudy Ray Moore may not have any martial arts skills but that just makes it all the more fun to watch him and his army of Kung Fu girls beat the shit out of anyone who crosses them.
The movie starts off with Dolemite being released from prison. It is up to him to bring down the crooks who framed him and landed him in his cell in the first place. The men to blame rang from pimps to cops and politicians. 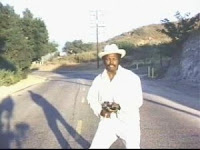 As usual with these Blaxploitation films the line between hero and villain is very vague because Dolemite himself is a murdering pimp. The good guys in these movies are never exactly good guys and I suppose that's part of the reason why they are so much fun. We get a priest who is involved in a illegal gun racket. Then we got my favorite character Creeper also known as The Hamburger Pimp. The Hamburger Pimp is a junkie with a really cool strut. He might be the only character in the movie who is as hard to understand as our hero. Hamburger Pimp gets killed off pretty quick and unfortunately he doesn't have to much screen time. Someone should make a prequel and give Hamburger Pimp his just screen time.
The we got D'Urville Martin as Willie Green the main villain. D'Urville is a true pioneer in this genre and hes great in everything he been in from Black Caesar and Hell Up In Harlem to Boss Nigger and The Legend Of Nigger Charlie.
Dolemite also offers up plenty of nudity including a bit of penis. We have lots of breasts from not so pretty black and white girls. We get shoot-em-up scenes, and a whole shit load of rude memorable quotes. Dolemite is a movie that has to be experienced by everyone. So don't be "A rat soup eatin, insecure honky motha fucka". Put on your best pimp hat, kick off your hush puppy shoes and enjoy the soothing voice of Rudy Ray Moore in Dolemite. 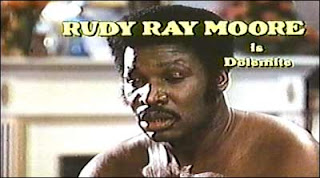