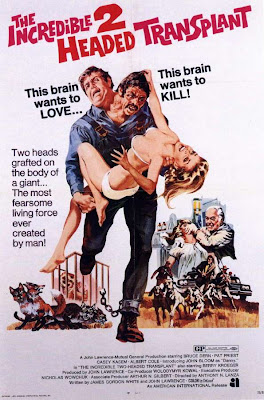 This piece of 70's trash crawls right out of the gutter and onto the screen. All in the good name of bad taste. 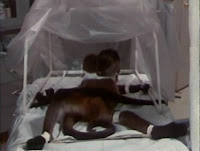 We have a mad scientist who has been performing head transplants on animals. In his laboratory he has a two headed snake, a two headed dog, a two headed rabbit and a two headed monkey and there are probably more things in there with two heads that I am forgetting. Naturally it is time to move onto humans and perform his greatest achievement or depending on how you look at it his worst achievement in life. Now you might be wondering why the hell a man of science would feel the need to stick multiple heads on one living being and they do answer this question within the movie but no matter how many times I see this one I just can never remember why he feels the need to do these head transplants in the first place other then the fact that he wants to go down in history as one of the worlds greatest scientists. The truth is it doesn't really matter why the experiments are being done. All that matters is that they are being done.

The human subjects for the experiment consist of the town retard who is a giant mongoloid type with super human retard strength and an escaped serial killer/rapist. As you can guess this is a pretty deadly duo. Give a rape-happy, violent, pervert the strength of a mule and bad things are bound to happen. The mad scientist covers up his experiments no matter how bad things get. That is up until his own wife is kidnapped.

The Incredible Two-Headed Transplant is genuinely a sleazy movie. From the ridiculous plot to the violent rape scenes. Of course there isn't anyway that you can take this one very seriously. Its campy drive-in filth at its best.

Check this one out to see a two-headed freak go on a murder and rape spree. You won't believe the bad acting and even worse action scenes. In one scene the two-headed mongoloid fights and kills two members of a biker gang and rapes and kills their scantily clad bimbo mama.

One year later AIP would release another one of these crazy two headed transplant movies called The Thing With Two Heads. It is equally ridiculous and focuses more on racial issues then rape exploits. I personally prefer this one over the 1972 movie. 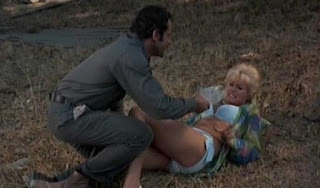