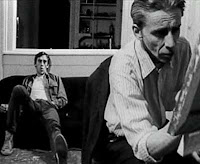 Part of Richard Kerns Cinema Of Transgression, Stray Dogs depicts a homosexual who craves affection so badly that it is tearing him apart... Literally. Limb by limb we witness a man crumble to the floor in a pool of blood.

Rejection can be horrible when you are young but fortunately for us cine-maniacs it is damn fun to look at in this early art film from nihilistic artist Richard Kern. No films have ever capsulated punk rock, nihilism and anger like these films in Cinema Of
Transgression.

Its sick, its twisted, its angry, its art! 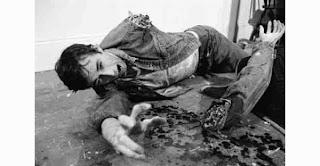