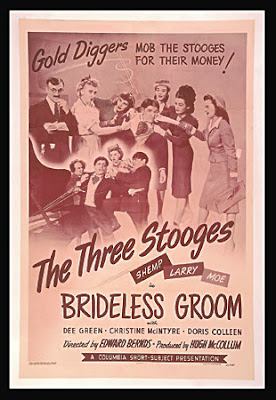 Shemp is to inherit a large sum of money under the condition that he finds a girl to marry him before 6:00 PM. He calls every girl he knows and makes a ass out of himself each time. He catches a variety of beatings from various different women and of course Moe as well. Larry stands in the background which is typical for the average Three Stooges short but his screen time is always much appreciated.

By the end of the film Shemp is ruining from herds of greedy women who want to get their hands on his inheritance. Moe takes charge and slaps a few of the women around while Larry just gets hurt a lot.

One of the most famous and most memorable of all Three Stooges Shorts. A must see for all Shemp fans. Just watch as he sticks shaving cream in his eyes and attempts to straight razor himself clean. "OOOOW OOOOW Moe, I cut my head off. My head is off Moe". 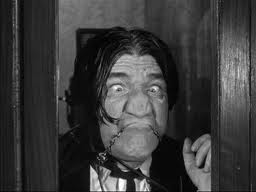