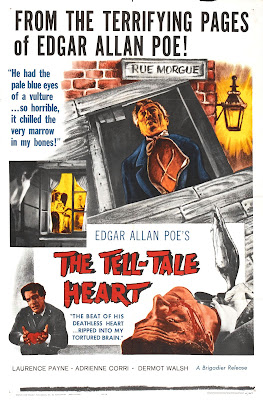 This take on Edgar Allan Poe's The Tell-Tale Heart stars Laurence Payne as (You guessed it) Edgar. Edgar likes to play Peeping-Tom from his bedroom window and watch the new girl in town strip down to her corset and thigh-high stockings. Naturally Edgar wants to meet his hot, strip-teasing neighbor in person. The couple go on a few dates but Edgar is left broken hearted (or is it just jealousy) when he learns that his best friend, Charles and the girl he loves are secretly having an affair. Naturally Edgar's first resort is murder. Edgar smashes in Charles achy-breaky skull with a fire poker and buries him under the floorboards in the house. Edgar's guilt sends him into a world of madness and trippy hallucinations. He is haunted by the sound of Charles pounding heart. 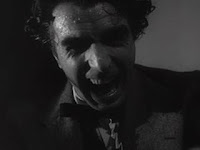 Laurence Payne (The Crawling Eye) does an excellent job of playing the role of Edgar. Perhaps slightly overacting at times but as a whole his portrayal of a man losing his sanity is amazing. I also couldn't believe how much Laurence Payne looks like Anthony (Psycho) Perkins in this movie. If it wasn't for opening credits I would have thought it to be Perkins through the whole movie.

In one of the best moments Edgar, haunted by the pounding heart, rips the floorboards up and removes the heart from his dead friend with a kitchen knife. Of course we don't see the knife plunging into the chest and all that gory good stuff but we do get to see a rotting Charles and the pumping heart in Edgar's hands. The Tell-Tale Heart also offers up a scene where a man is impaled on a spike.

The viewer might even find their own heart pounding erratically during some of the suspense building moments. I found the end to be a bit of a cop out but the rest of the film was good old fashioned fun. Fans of Poe should definitely check this one out. One of the better adaptions to hit the screen. Also Anthony Perkins fans really need to check this one out just for the sake that Payne looks identical to him in this one. 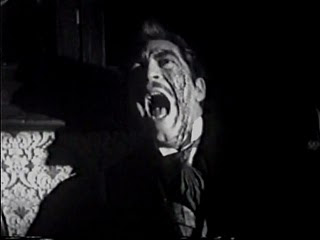