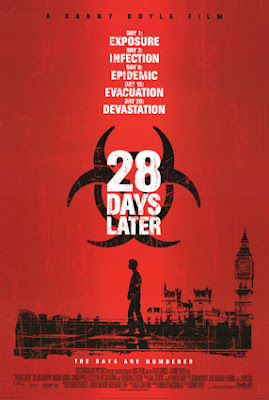 Take Omega Man with Charlton Heston and cross it with Dawn Of The Dead and you would come out with something like 28 Days Later. 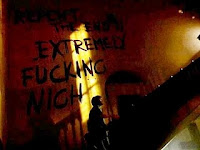 Danny Boyle (Trainspotting) takes on an apocalyptic style horror flick about a man who awakes from a coma and finds he is alone after a viral epidemic has destroyed London. England has been quarantined and the the whole country has been killed off by the outbreak of violence.

The thing that makes 28 Days Later interesting is that the obstacle is not zombies. These people aren't dead at all. "They have been infected by rage". Sounds pretty silly but no more ridiculous then an outbreak of flesh eating ghouls in a George Romero flick.

Like a Romero flick the characters have plenty of depth to them and never come off as one dimensional but come on, we came here to see people die. We have a strong female lead played by Naomie Harris and she is quick for some chop-chop action with her machete. Unfortunately she doesn't offer up any nipples. The most we get is a bra shot in an attempted rape scene but the female audience is treated to some swinging dick action from Cillian Murphy who plays the main character. Aside from his penis we have the privalege of watching him push in eyeballs with his fingers and kill an infected child with a baseball bat. We also have some gun violence and some blood spewing but over all 28 Days isn't a very gory movie. Instead it relies on fast paced chase scenes and jump scares. Unfortunately there is more cgi then needed but its still a good watch.

Its sad to say but I would take 28 Days Later any day over Romero's Diary Of The Dead or Survival Of The Dead. Its been a long time since anyone has made a decent zombie flick. Maybe Boyle should try one out. 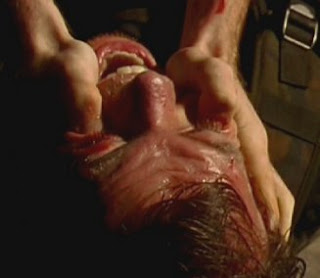