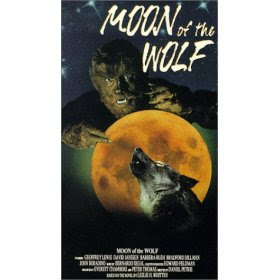 Whats up with these 70's made for television Werewolf/Mystery flicks? Well at least this one actually had a hairy wolfman and wasn't a complete copout like Scream Of The Wolf.

Okay monster doesn't show up till the last fifteen minutes or so but he does exist. The majority of the film follows a sheriff around the swamps and other hillbilly hangouts as he tries to solve the grizzly murder of a young girl. We get a few suspects, none of which seem all that guilty to the viewer. Eventually we get two more killings bringing the bodycount up to three. Three dead bodies is the maximum count until the Werewolf is killed in the end. Oh and speaking of killing a werewolf, Moon Of The Wolf reinvents the rules here a bit. Apparently there is only two ways to kill a wolf man. The first being to set the monster on fire, which we do get to see at one point and the second is to shoot it with "Blessed bullets" not to be mistaken for the oh so familiar silver bullets. My question is, what weirdo, drunken, redneck, priest is blessing bullets? Only in the south, man...

Well apparently it takes three blessed bullets to take out a werewolf cause that's what it takes our female lead in Moon Of The Wolf.

A fair warning. All of the killing happens off screen and we don't get much blood. We do get one dead cop and some really bad continuity in the end. Night for day, day for night... Who's keeping track? Also the werewolf's first appearance is a pretty fun moment. It involves the monster running around the hospital and scaring a bunch of nurses until he makes his exit through a window. For a made for t.v. movie Moon Of The Wolf could have been much worse but theres still nothing to appealing about this one except maybe a few cheap laughs and general monster-fu with some cheapo makeup effects. 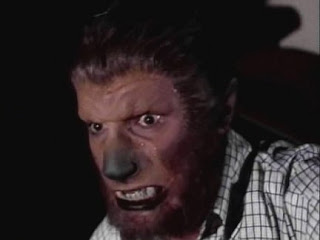