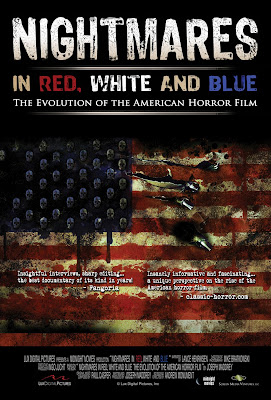 It offers up a scan through the decades and shows clips from some of the better known horror movies in each time period. We also get interviews from horror icons such as George Romero, John Carpenter, Joe Dante etc.

Nightmares works as background filler for a room full of drinking friends (as long as they are fellow genre nerds) but doesn't offer up anything new or all that much different from the millions of other horror documentaries. This thing is available in a two pack set with the far superior exploitation documentary American Grindhouse. Nightmares is worth picking up if not for anything else, the other movie. You wont be disappointed. 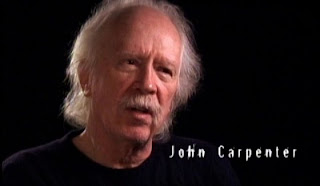 Email ThisBlogThis!Share to TwitterShare to FacebookShare to Pinterest
Labels: Documentary, Nightmares In Red White And Blue