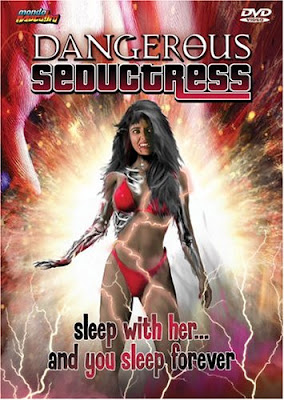 The last film from the director of Indonesian oddities like Mystics In Bali and Lady Terminator. Unfortunately Dangerous Seductress lacks the originality and madness of those other two films. This one was released in 95 but plays more like a 80's flick. The special F/X are pretty crazy. Half the time we have practical gore and then the other half is really bad and annoying c.g.i.. We get a bit of nudity but nowhere near as much as I expected from a film like this. Instead we get all these scenes with girls in 80's style bikini's and underwear. For me the entertainment in this film is all in the gore. We have Mystic In Bali style flying heads, blood drinking, flesh melting off the body, a dog is decapitated, a finger is chopped off and then it crawls around and causes a bunch of trouble. We get a harpoon through the leg, bleeding windshields (don't ask), crazy gun fights and lots of explosions but aside from the silly gore this movie is awful. Most would consider it unwatchable but I however am easily entertained. Really not much to recommend here unless you really dig over the top F/X with horrible acting and even a worse dubbing. 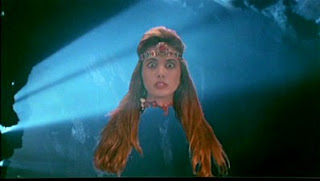