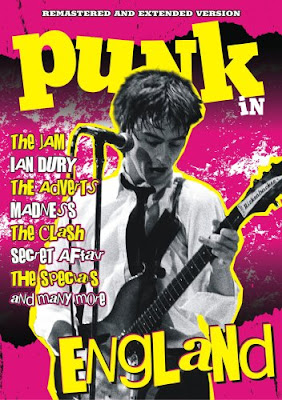 Originally titled Punk And Its Aftershocks and later British Rock : Ready For The 80's is the weak follow up to the far superior Punk In London.

This being the middle piece in Wolfgang Buld's trilogy it makes me never want to see the final instalment which goes by the name of Regea In Babylon.

Punk In England takes us out of London and into the suburbs of Britain where punk rock has been lingering around passed its due date. The good old days of spit and anarchy are of the past and punk rock has been watered down, recycled and regurgitated again. Its become commercial and New Wave is right around the awful corner. Yuck!

We get some average footage from The Clash but nothing as mean and nasty as could be found in earlier documentaries or even films like Rude Boy. The Jam plays a song or two as does Siouxie & The Banshees. Then the film drifts off and on about Mods and Rockers and we get footage from bands like Madness which I was never to fucking fond of. I enjoy the footage from The Specials but the fans seem like a bunch of cunts. For me the best moment is some live footage from Spizzenergi. Those guys seem to be holding the old spirit of 77. The Boomtown Rats voice their shitty opinion a little more then I would have liked and this movie needs to have the fast forward button close by.

I would say skip this and check out Punk In London for a much better example of what Punk Rock was. That is unless you consider The Pretenders to be a staple in Punk Rock music. Speaking of The Pretenders the copy of Punk In England that I picked up is a double bill with an equally bad Wolfgang Buld documentary called Women In Rock. Be warned that shit is even worse! 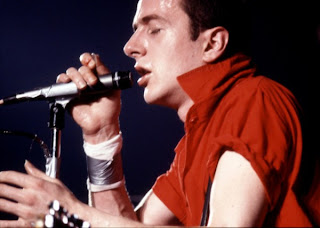 Email ThisBlogThis!Share to TwitterShare to FacebookShare to Pinterest
Labels: British Rock And Roll : Ready For The 80's, Documentary, Punk And Its Aftershocks, Punk In England