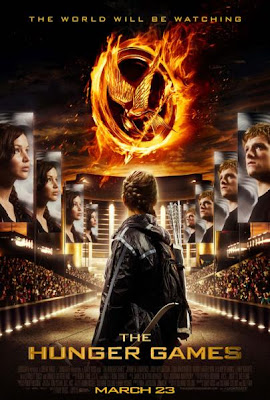 So this is what everybody is talking about? The Hunger Games comes from the same director who did that Hollywood piece of shit in the 90's which went by the name of Pleasantville. I guess The Hunger Games is better then that sappy nonsense but it still makes for a typically over priced waste if time.

The Hunger Games is set in the future and depicts a world of two classes. That of the starving and that of the filthy rich. Those who are hungry will fight till the death. The winner will join the rest of the rich scumbags.

Now I have not read the novel so I can not compare the two but the movie is just dumb. Sure its a good idea but when it all comes together it is an overly predictable and sappy bore. Its just fucking stupid.

If you took Soylent Green and Battle Royale and Hollywood-ized them up with tons of bad c.g.i. and tagged on an upbeat happy ending you would be stuck with something like this. For me the sad part is that people are actually arguing over whether or not The Hunger Games is actually better then Battle Royale. Obviously this thing doesn't rank anywhere near the brilliance of the Japanese flick and it is a pretty useless argument all together. I have not heard anybody compare it to Soylent Green and I suppose I will be thankful for that.

The Hunger Games does have a few entertaining moments of action and murder but for the most part it is a modern p.c. fuck-tard of a movie with the most obvious of endings. Don't bother to see for yourself. Just stick with Battle Royale. Even B.R.'s sequel is better then this! 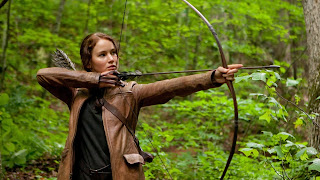