Oh no! Ninja Death continues with Ninja Death Volume 3. The third part of Ninja Death starts off with a recap of the first two volumes. We get to see Tigers master die again, we get to see a bunch of choppy Kung Fu and the silly fucker with the beard in the yellow running suit is back with his sky-hammers. In Ninja Death 3, Tiger finally meets his mother and we get a ridiculous scene filled with emotional crying from Tiger about how rough it was growing up as an orphan. Tiger's mother makes up for the abandonment by giving Tiger some pussy. No, she doesn't have sex with her son but she does give him a foxy young Japanese babe and tells them both to get to the bed as soon as possible. Mom knows best and according to mom, if you have a big fight the next day, you must relax the mind with some nasty sex. Well mom was right and the sexy stuff worked because Tiger kicks the ass of the grand master (Grand Master is the guy in the silly yellow suit). Tiger jumps from tree to tree and Kung Fu's this dude all over the place but before he does we are treated to a nice gore scene where a guy gets hit in the face with a sky-hammer and blood pours from his broken face... Nice! Clearly the best part in volume 3 but then again there is a part where Tiger and his blind master learn that his style of Kung Fu is not enough to beat the Grand Master so Tigers master picks up a how-to-Kung-Fu book and tells Tiger to look at the pictures and learn this new secret form of Fu. Well the pictures look like little stick figures and some how Tiger learns a deadly new form of ass-kicking from them. aside from the cry baby mother and son scene and the sexy gift from mom. There is really not to much more to say about this one. For a good time check out the first part of Ninja Death but I stand by my warning from my review on Ninja Death Vol. 2... Never attempt to watch all of these together. Your brains will burn out, your eyes will explode and you will prance around your room with oil on your chest for eternity practicing your Kung Fu! Don't do it! 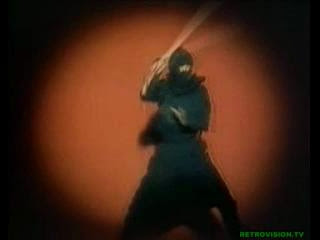