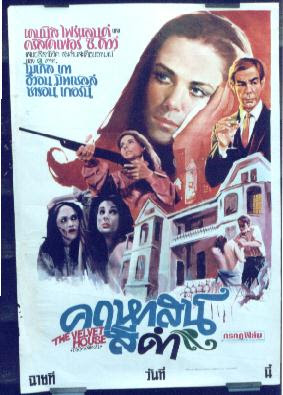 Were we watching the same movie? I couldn't believe the reviews that this thing got on IMDB.Com. Apparently everybody thinks that Crucible Of  Horror also known as The Corpse is a work of genius but in reality it is nothing more then a ripoff of Diabolique and when its all finished it doesn't make any sense.

Its not that I thought the movie was horrible but there are so many plot holes in this movie that one can't help but be annoyed at the films ending.

Crucible Of Horror not to be confused with Crucible Of Terror stars Michael Gough who I remember best from his role in Horror Hospital as the mad doctor who drives around in his car with giant blades on it and cuts the heads off of his victims. I guess I'm just a weirdo because most other people like him in those Batman movies. Well anyway this time Gough plays an abusive father with some serious repressed sexual tension towards his sexy 16 year old daughter played by Sharon Gurney (Raw Meat). Gough waits till his daughter comes home from a long bike ride and then caresses the bicycle seat. When he's not feeling his daughters seats. He usually likes to viciously beat her with a riding crop and he is pretty damn good with that thing because he leaves her a bloody mess when he is done. 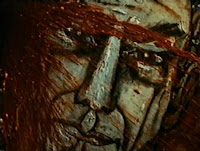 Goughs wife and daughter decide to kill the abusive man of the house and together they poison good ole dad at gun point.  Dad's body somehow disappears and then shows up in completely different places and one can't help but wonder if someone is playing tricks on them but eventually Gough comes back to life to abuse the ladies in his life once again. According to IMDB Crucible Of Horror is supposed to be 91 minutes and the dvd that I picked up is only 88 so perhaps this is part of the reason that I felt the movie was so disjointed but I really don't think so. I really do just think that it makes no sense.

On the upper hand Crucible Of Horror does offer up a bit of tit from Sharon Gurney. We also get the bike-seat rubbing and the violent whippings that I mentioned early, A mysterious corpse swinging from the ceiling as if this was a Friday The 13th movie, Sleazy pedophiles and some really bad wardrobe worn by Gurney. Not to much to recommend here but it is fun watching Michael Gough in another demented role. 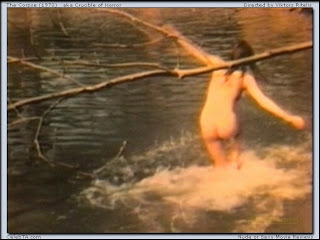 Email ThisBlogThis!Share to TwitterShare to FacebookShare to Pinterest
Labels: Corpse (The), Crucible Of Horror, Hauntings And Ghosts