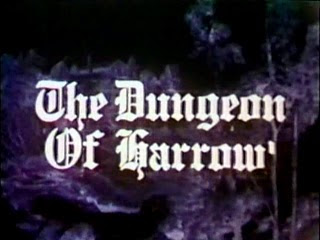 This one makes Plan 9 From Outer Space look like Citizen Kane. Take Bloody Pit Of Horror and mix in elements of a John Ashly movie and a boring period piece with lots of talky scenes from a Hammer Studios picture and what you get is The Dungeon Of Harrow also known as The Dungeon Of Horror.
This one is pretty terrible from beginning to end. Its about two men who are left ship wreaked and stranded on a island occupied by a madman who resides in a castle. 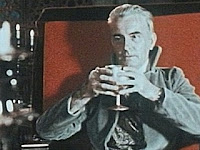 The owner of the castle goes by the name of Count De Sade and nobody knows how to pronounce De Sade correctly. Anyway the count looks exactly like the guy who plays Compton in the hippie/killer 1969 flick Joe. Unfortunately it is not the same actor and nobody
in this thing has the slightest clue how to act. The dialogue is atrocious and the lines are delivered as if we were watching a bad kung fu flick. They couldn't even get the torture scenes right in this movie. We have whippings, Chinese water torture, a knife through the chest, hot-poker-fu, some gun violence and bitch slapping. With torture scenes like this you would think they could have given us just a bit of blood but instead we are lucky if we get some scratches. I have seen more damage done in highschool cat fights.
Dungeon Of Harrow gets a slight chuckle from its general incompetent ways but it drags at an awful crawling pace. The colors of the film fades from reds to yellows and at times becomes so washed out it almost looks black and white. We get flying bats on very visible strings, a giant spider that comes from the ceiling, two rotting women, a magician with a really annoying voice, a toy model pirate ship that sinks and most certainly doesn't pass for the real deal and this is all tightened together with a audio track that sounds like it was recorded in the bathroom at C.B.G.B's.

This one should only appeal to lovers of as bad as they get B-movies. It was a little bit to bad for me and seemed to work as a better sedative then a movie. If they upped the violence and added some sleaze perhaps I could have made it through in one sitting. Snore! 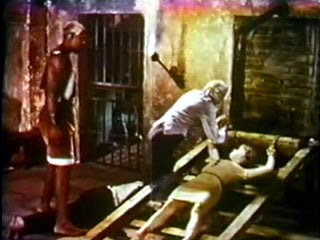 Email ThisBlogThis!Share to TwitterShare to FacebookShare to Pinterest
Labels: Dungeon Of Harrow, Dungeon Of Horror