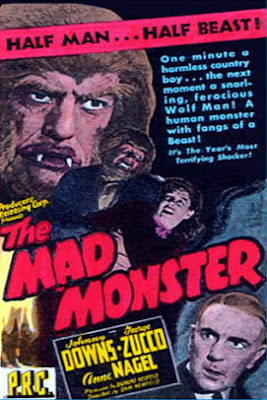 The Mad Monster tries to cash in on the success of Lon Chaney Jr.'s The Wolf Man which was released one year prior to this low budget ripoff. The two films can't be compared in any way other then the fact that they both show a hairy Werewolf running around in the fog. The Wolf Man is an example of good actors, good direction and Universal Studios. Its very obvious that this is not a Universal film. The Mad Monster was directed by Sam Newfield who mainly did Westerns, including the exploitive Terror Of Tiny Town. Newfield proves that the horror genre isn't exactly his forte.
Still as bad as it is I am some what of a fan of this thing. I generally like cheap & quick Werewolf flicks and this one can be a okay watch for bad movie lovers. Its got a mad scientist named Dr. Lorenzo who is performing some very unorthodox experiments on his retarded gardener involving a sort of serum from wolfs blood. Every time the idiot gardener is injected with the serum he turns from man to beast. 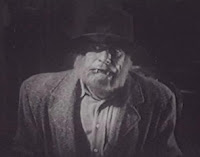 The Wolf Man looks completely ridiculous in this movie with hillbilly overalls and a farmers hat. At times he just looks like a old man with a beard and some really bad dental work.
The Werewolf creeps through the night looking for victims and every time he returns to Dr. Lorenzo he tells the scientist that he thinks he was walking in his sleep and he doesn't feel so well, Dr. Lorenzo just tels him to shut up and go to bed. If we had a drinking game for this movie "Go to bed" would have us all drunk pretty quick.
One thing that surprised me about The Mad Monster was a scene where the monster kills a little girl. I couldn't help but be reminded of Frankenstein (1931) when Karloff drowns the little girl but that was more of an accident. This time it was just a straight out brutal attack on youth and Dr. Lorenzo uses his blood thirsty creation to exact revenge upon the people he feels have doubted him.
If you go into The Mad Monster expecting The Wolf Man you are going to be let down but if you come in looking for some cheesy b-grade monsters and some bad special effects it could be a good time. Also you have to remember this is a early 40's flick so you can't expect something like I Was A Teenage Werewolf either. 50's exploitation monster movies might be a ways off but retarded-hillbilly-werewolves isn't a bad start. 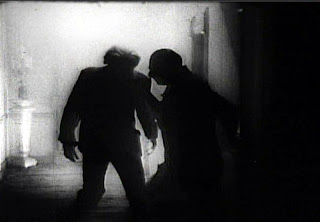