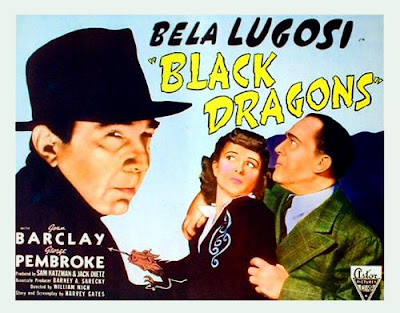 Bela Lugosi plays a Nazi plastic surgeon who is working for Japan in this awful 40's horror/mystery. Through most of the movie it is pretty hard to tell what is going on. There is a big dinner party and the guests are being killed by Lugosi and their bodies are dumped on the steps of the Japanese Embassy. It turns out that these murdered men are supposed to be Japanese men who had their faces altered by Mr. Lugosi once they have their new American faces they locked Lugosi up in a cell and went America bound. Lugosi is killing them off out of revenge.
The plot is weak and the acting is even weaker. The camera work comes off uninteresting and amateurish. Watching Bela Lugosi play a Nazi and operating on peoples faces sounds like fun but 0f course we don't get to see any of the surgery scenes, since this is a early 40's flick and its really all just boring. We do get a silly monster with fangs thrown in there for good measures.
I would take Ed Woods, Lugosi films any day over this piece of garbage. Only worth a watch for Lugosi completest and maybe some badly placed stock footage. I say if they took the monster and kept Lugosi as a German Nazi and threw in a mad scientist with some vampires it might have been okay. 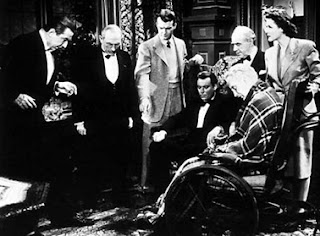