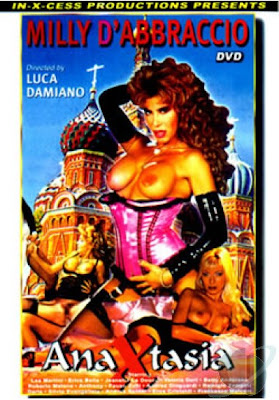 Part of an Italian series of pornographic movies knows as the Anaxtasia series from director Luca Damiano, not to be mistaken for the kind of golden age smut (Deep Throat) Gerard Damiano. Luca is mainly known for the hardcore films that he did with Joe D'Amoto and his Anaxtasia films but if the others in the series are anything like this one its just a damn shame.
The version that I picked up was completely uncut but it was also in Italian with no subtitles so it was pretty hard for me to understand what was going on. What I could make out was a French princess explaining her sexual experience during the French Revolution.
In the earlier part of the film two girls are raped and beaten by three men. This was the only entertaining scene in the whole movie. Mainly because the rape scene was slightly disturbing and of course the rape victims enjoy the gang rape after being tossed around a bit. We also get a very strange choice for a soundtrack considering this is a porn, lots of slow motion and some artsy camera work.
Unfortunately the one rape scene isn't enough to make this movie even slightly enjoyable. Stay away from this one. I'm gonna stick with Gerard Damiano's stuff for now on. 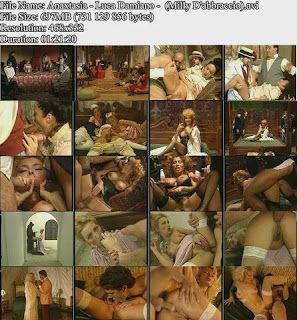