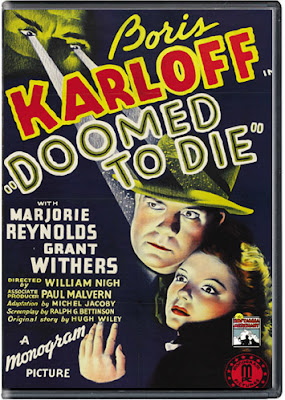 Doomed To Die is the last in a series of six detective films known as the Mr. Wong series. Boris Karloff plays a Chinese detective named Mr. Wong ( and it really is as ridiculous as it sounds) who is trying to solve the murder of a wealthy businessman. I'm pretty sure this is the only Mr. Wong film I have seen but apparently all of them with the exception of one stars Karloff. Karloff does a good job as always but he is so obviously British and so obviously not Chinese that I found it kind of hard not to laugh at him. Aside from a few scenes in China Town there really is no reason or need for a Chinese detective. If they decided to make Karloff Pakistani, it wouldn't have changed the story much at all. Yet it all makes much more sense when you look at the crew. Doomed To Die was directed by William Nigh, the same moron who did Black Dragons with Bela Lagosi as a Nazi plastic surgeon.
Aside from the fact that Karloff doesn't look Asian, Doomed To Die is somewhat interesting. Its a mix between a comedy & a mystery and it really keeps you guessing till the end. I wont go as far as to say its a good movie (after all it is a William Nigh film) but it isn't awful either. Worth a watch for Karloff fans who can dig old time mysteries. 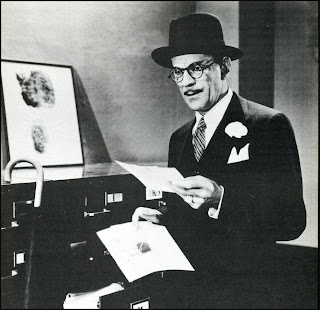 Email ThisBlogThis!Share to TwitterShare to FacebookShare to Pinterest
Labels: Doomed To Die