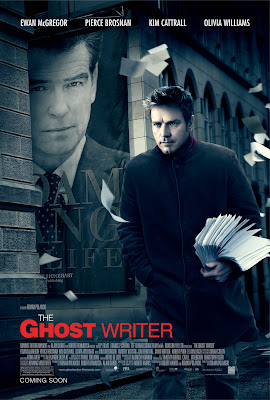 Roman Polanski's newest film to date stars Ewan McGregor as a author of a politicians upcoming autobiography. Once the memoirs are handed over the new author finds himself unravelling a mystery that could have him killed.
Polanski is on point with his direction and the camera work is nice as well. The Ghost Writer also builds suspense on top of more suspense but where the film falls short is in the action. It follows such a boring subject matter that the tension and suspense is reacted to with yawns. Its pretty hard to care about any of the characters because they are all boring politicians. Even when we think a murderer might be at large its almost as if we wish for him to come and kill the main character because nothing interesting is happening.
I suppose this is why I watch horror movies and not thrillers... Very boring! 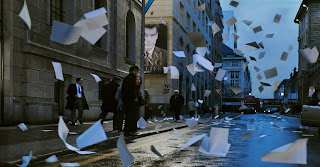