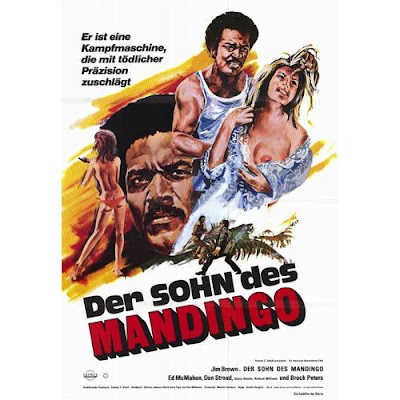 Slaughter's Big Rip-Off is the follow up to Jim Brown's Slaughter (1972). This time around Gordon Douglas (Who most would remember for his giant killer ant movie Them) directs big Jim Brown through what ends up being a much better film then the original.

The film opens up with Slaughter having a nice picnic with his girl and a few friends when suddenly a plane flies over there heads and opens fire on their cute little picnic. Slaughter's friend catches a bullet and looses his life. Of course this means only one thing... Revenge! And revenge Slaughter gets, against the mobsters, the cops, and the pimps... All while he sticks it to the white man by stickin-it to white women, Even though were missing Stella Stevens this time.

Jim Browns character is much more likable all around this time. He has better lines, "Hey baby its me Slaughter. The baddest cat that ever walked the earth". Better brawls, "How would you like to be pickin your teeth outta your lips?". Better action sequences including a scene where he takes a typical 70's style plunge off of a cliff in a car and actually survives it. Oh yeah and his love-making has improved as well. In fact when he needs some secret information from a foxy white woman he bribes her with his body "Just come to daddy and we will see what we can do".

Even the violence is stepped up quite a bit with a few nice head shots, complete with exploding squibs. We also get a strangulation by floaty in a swimming pool followed by a drowning, a Scarface style mutilated body hanging in a shower stall, and a great scene where Slaughter takes on three racist hicks at an airport. One of which played by the one and only Hoke Howell who I remember best for his amazing role in Sidehackers as the dumb redneck who tells really bad jokes and cackles like a maniac, has his head being pushed towards a spinning propeller on a airplane as Slaughter threatens to "Cut his fucking head off".  Scatman Crothers also shows up in this one but the real entertainment comes from Joey The Pimp. He has the amazing 70's pimp-gear and amazing jive jargon that spills from his mouth-piece.

This one shouldn't let down the Blaxploitation fans. Its pretty damn fun and it blows the original out of the watter. 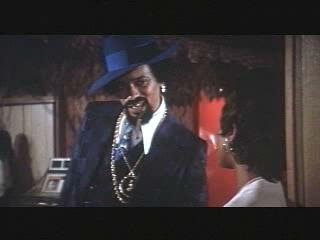