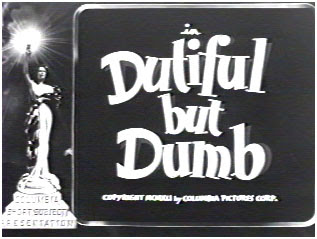 Moe, Larry & Curly play three photographers Click, Clack & Cluck and Whack Magazine sends the three morons on a new assignment in Vulgaria. The only problem is taking pictures in Vulgaria is punished by death. When the Three Stooges end up on the firing line they escape their execution and head for the local bar.

In one of the funniest bits Curly or Cluck gets pretty drunk and has a battle with his oyster soup, all the while wearing a silly hat and an even more silly grin. The bowl of oyster soup seems to be winning the fight until Curly/Cluck goes completely ape and shoots the place up.
We also get a scene where Cluck wears a big crash symbol on his head and plays some very interesting music, while using the walls as a drum stick.

Check it out for some mind numbing, brain smashing good times with Curly. He clearly owns this short. 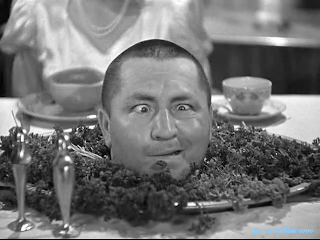