Doctor Jekyll And The Werewolf (1972) 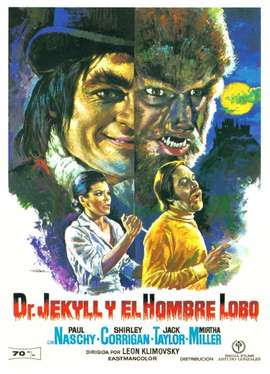 Although this one starts off a little on the slow side it becomes quite the spectacle with Nashy of course playing the part of the werewolf and the evil Mr. Hyde. I have heard people call this one confusing but I think they just weren't paying attention because it makes sense. Even the edited, choppy, cut down version still makes sense. The story may be a little bit dumb but it isn't confusing. If you're looking for an intelligent plot you probably shouldn't be watching silly monster movies in the first place. I personally love this movie. It has one of the greatest moments in wolf-man cinema as far as I am concerned. It involves Paul Nashy transforming from Mr. Hyde to the reoccurring character of Waldemar Daninsky to the wolfman in a crazy hippie-delic Go-Go club. These hipsters are dancing they're bell bottoms off while the hairy version of Waldemar goes on a violent drooling rampage. Pretty Awesome!

Jack Taylor who I remember best as Professor Brown in Pieces shows up as Dr. Jekyll whom is of course still experimenting with granddaddy's old serums. (Try to follow me here) He finds an antidote for the evil identity of Mr. Hyde and when Waldemar comes to the Dr. for help he has the brilliant idea to strap Waldemar to a table on the first full moon. Inject him with the old grandpa Mr. Hyde solution. Naturally Mr. Hyde will over power the Wolfman (I don't know why he is so sure of this) and then he will inject the antidote which will "Destroy both demons". Not confusing, just dumb... but fun none the less. Of course the plan gets botched up when Dr.Jekyll gets stabbed in the back by his hot, jealous assistant.

This Spanish production offers up lots of good looking women. Unfortunately my copy is cut so I don't know if we get any bare breasts but I would assume we do. I would like to obtain an uncut print of this but for now my copy is good enough. It offers up a rape scene that is broken up by old barrel chested Paul Nashy while wearing his trademark turtleneck. We get the expected severed head which appears in almost every Nashy flick. Werewolf vs. a nurse in a elevator, Throat ripping, Stabbing, Shooting, Go-Go dancing mayhem, Drooling, Gratuitous "Bitch" calling, A scene where Mr. Hyde pushes a man into a river (just for the kicks), Burning corpses and of course some silly transformation scenes.

In one of the best moments Waldemar's lover watches from a balcony as Waldemar turns from man to wolfman under the full moon. This scene stands out due to the interesting camera angles and creepy lighting. Its a pretty creepy moment that should be appreciated by werewolf fans. Turn the lights down and the disco up and get on the dance floor with Nashy in one of the more entertaining of Nashy's Waldemar Daninsky, Werewolf flicks. 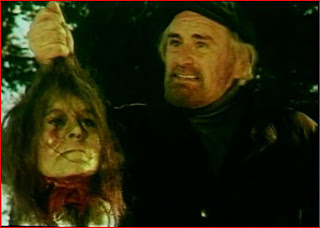