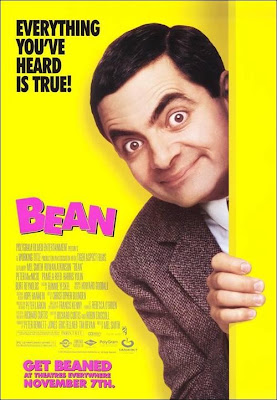 Mr. Bean or Dr. Bean as he is portrayed in this feature comes to America and terrorizes Hollywood with his insane mannerisms.

Bean is obviously more polished then the T.V. show with an unnecessary bigger budget. Some of the infamous skits from the show were redone here and Rowan (Mr. Bean) Atkinson is hilarious as always in a retarded kind of way.

I didn't mind this one so much because it wasn't really directed towards a children's audience like Mr. Beans Vacation which would come out ten years later. Bean had its share of crude moments and isn't necessarily for the eyes of children, with a perverse scene involving Mr. Bean dry humping random objects in a public bathroom. Then we get a incredibly funny scene where Bean drives around Hollywood Boulevard giving everybody the middle finger.

In another scene Bean gets drunk and sings songs from The Beatles which was pretty odd. He also has a fixation on Dirty Harry and gets himself in trouble with the law more then once. He vandalizes a priceless work of art, blows up a bag of puke on a airplane and pops it (complete with flying vomit), Sticks his head up a turkeys ass and breaks just about anything of value around him. The one thing that I found really weird about this movie is that Bean talks much more then usual. He even gives a speech about art in one scene. Burt Reynolds also shows up as a bad-ass soldier who thinks Bean is some sort of genius. Perhaps a bit of commentary on the intellect of our military?

One big down side to the movie is the soundtrack. Classic songs from The Beatles and even Alice Cooper were redone in easy listening format. Makes ya kinda want to puke. Aside from the awful music and the over budgeted production Bean is a worthy addition to any bean-fan's collection. 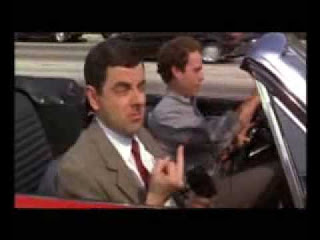 Email ThisBlogThis!Share to TwitterShare to FacebookShare to Pinterest
Labels: Bean