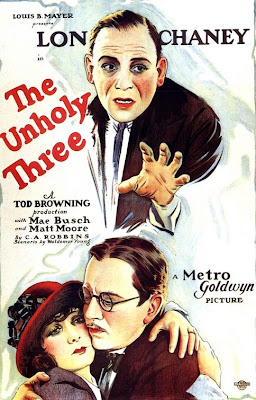 Tod Browning and Lon Chaney do it again. Browning delivers another amazing movie from the enviorment that he feel most comfortable from... The circus side show. 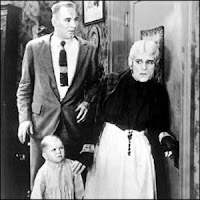 Lon Chaney plays a ventriloquist in a circus side show named Echo. The name suits him well since he has the ability to project his voice in such a fashion that nobody can tell where it is coming from. Echo teams up with the circus dwarf played by Harry Earles who we all know and love as Hans from Browning's Freaks and the strong man Hercules. Together the three criminals plot out the crime of a lifetime.

Chaney disguises himself as an old woman and Harry Earles posses as a infant. Hercules plays the babies father. They steal some expensive jewelery from some very wealthy people. Things go wrong and eventually the three criminals kill a man. Its not long before the law is on there ass and they have to decide whether or not to run or keep up the act and stay in character. 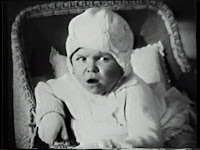 First off Harry Earles is amazing and really does pass as a baby. Chaney is great as usual but I had a harder time believing him as the old woman then I did Earles as an infant.

They also did a talkie version of the film in 1930. The remake would be Chaney's last film and the only time he ever spoke on film. I have never seen the remake and don't really even feel the need to because the original is just to good on its own. Its funny because this particular Tod Browning & Lon Chaney collaboration is greatly over looked. Everybody talks about the great Alonzo The Armless which would come out two years after this film and of course the remake due to the fact that it was Chaney's last picture. Its shame because The Unholy Three really is another great. It has a level of realism in the violence that sort of surpasses all other Browning films that I have seen.

In one very gratuitous moment of violence Harry Earles kicks a child in the face. The scene comes complete with blood that pours from a child's smashed in nose. This is something that you wouldn't see in your average movie even by today's standards. The movie also comes complete with a bad-ass killer gorilla but unlike the remake and the talkies that would follow in the 30's and 40's this is not a man in a gorilla suit. The used a real ape and with some movie magic managed to make this thing look enormous and vicious as hell. Echo keeps the ape for his own protection and yes we do get some crazy ape-fu. Aside from the violence we have the expected subplot of a doomed love story which is necessary for every Chaney picture. Chaney's performance is touching as usual and despite how evil the character of Echo is the audience once again can't help but feel sorry for this heart broken man. 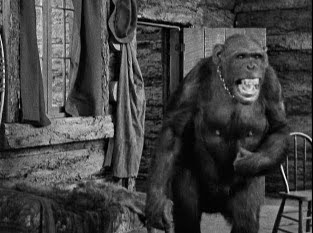