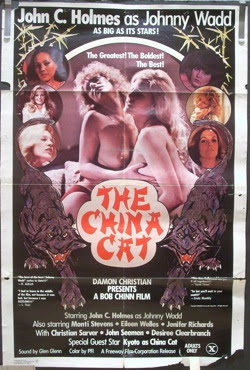 Oh ya gotta love the Johnny Wadd series... The China Cat is Bob Chinn's follow up to The Jade Pussycat which came out one year earlier in 1977. The two movies are a lot alike and it seems by this time Bob Chinn was content with following a certain formula for the Wadd movies and just collecting the check later. 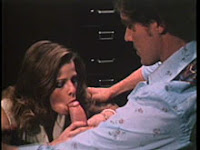 This still doesn't make the films any less entertaining. The China Cat is fun from beginning to end. However the main focus is sex this time around and we don't really get any fight scenes or Johnny Wadd-fu that we all love so much. 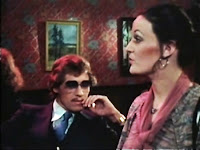 John Holmes is pretty awesome in this movie and he looks a bit more healthy then usual. Perhaps Chinn wouldn't allow him to get fucked up before shoots this time around. What ever the case, Holmes is on top of his game in this one and he plays Wadd like the suave, bad-ass mother fucker that he is supposed to be.

He bangs everyone from his secretary to his worst enemy. One of the girls in the film was brave enough for some Holmes anal-fu. Before sticking it up the old poop-chute Holmes delivers this line "You smile now... We will see later". Fucking awesome! The actress must have been mortified... Afraid or not she takes it like a champ. Holmes is typically limp in The China Cat but in more then one scene he appears to be more then halfway erect.

The story tells of four women known as "The Devils" who are on a mission to steal the priceless Jade Pussycat from Johnny Wadd. Of course they all fuck him and of course none of them get the pussycat.

The creepy Dale Meador (China De Sade, Behind The Green Door) shows up as a servant named Jaspers and Desiree Cousteau has a brief blowjob scene which comes complete with some of the most ridiculous voice dubbing and forms what is probably my favorite scene in the whole movie. Fortunately this scene is right in the beginning and sets the pace for the whole movie. Unfortunately the rest of the film is nowhere near as chaotic as the opening moments. None the less The China Cat is yet another great collaboration between Chinn and Holmes and makes for another awesome Wadd flick! Oh and watch for the scenes where John Holmes makes his sexy-face... His hair moves with his face. 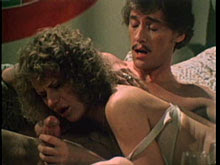